The Middle School Application Process: Unfair or Not?
by Noah G. 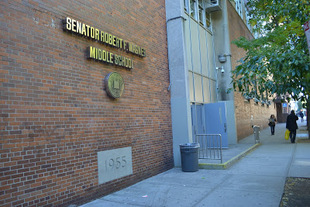 In the middle school application process there are two big problems. The first is the matter of listing your choices: first choice, second choice, third choice, and etc. The second problem is sibling preference which tons of schools have. I for one think both of these things are unfair but other people don’t agree with me.  A lot of evidence backs up both sides of this argument so you should read this article, choose your side then comment on it in our Letters to the Editor section. So what are you waiting for? Start reading!

Fifth graders have to list their favorite, second favorite and third favorite middle school on their middle school application. Because of that a kid might not get into his first choice school because he got a low score on the school’s assessment.  But, he also might not get into his second and third choice school just because he didn’t put them as his first choice even if he got the highest score on their schools assessment.

On the other hand middle schools get more than 12,111 applications for first choice so that multiplied by three would be 36,333 interviews and tests to look at and schools just don’t have that kind of time. So maybe first and second choice get to apply and interview and people who chose first get preference.

Another issue in the middle school application process is sibling preference. Many schools allow siblings of students in the school to get in instead of a kid more academically strong than him or her. To me it is unfair but understandable in elementary school. It is done so students don’t feel alone and scared in their school but by middle school kids will be fine and the policy is unfair rejecting bright students and letting in siblings who might not be as qualified.

SO WHAT DO YOU THINK? IS THE MIDDLE SCHOOL APLYING PROCESS UNFAIR OR NOT?