Get to Know Mr. Reed
by Neve D. 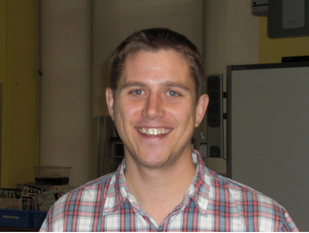 I have always wondered about Mr. Reed and how he became to be the P.S 6 4th and 5th grade science teacher. I decided to interview him and find out more about it. I ‘m going to ask him a few questions about being a science teacher and why he chose that job out of all the jobs. Read on!!!

1. Why did you become a science teacher?

Mr. Reed: I became a science teacher because I liked teaching and science, so I combined them.

2. How did you become the P.S 6 science teacher?

Mr. Reed: Well, I was looking for a job in the city and P.S 6 welcomed me.

3. How come you are such good friends with Mr. B?

Mr. Reed: Well, I coach Ultimate and helped him with the track team.

4. How come you also coach Ultimate?

Mr. Reed: Well, I also like teaching sports, so it’s a good fit.

5. If you had to give up being a science teacher, what would you be?

Mr. Reed: Even if I have a degree in economics, I think I would be a doctor.

6. Are you okay with just having a classroom instead of an eco-center?

Mr. Reed: Well, since I have access to the eco-center, I guess I’m okay.

7. Were you fascinated by science when you were younger too?

9. What is your favorite science topic?

Mr. Reed: I think it would be astronomy because scientists still only know a tiny bit of it.

This made me learn a lot more about Mr. Reed! I hope you enjoyed the article!