Mr. B
by Jennifer K. and Daniella M. 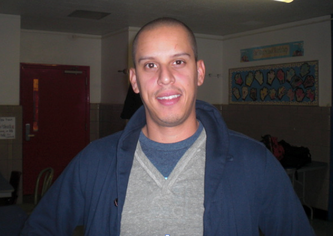 On December 10, 2013, we interviewed Mr. B, P.E. Teacher who also coaches Ultimate with Mr. Reed. We asked him specific questions about himself, and things relating to sports to get to know him. We usually question teachers who teach specials so we could learn a bit more about them.

We also asked him when he started getting into sports. It turns out that he was always into sports, so much it led him to him becoming a P.E. Teacher. He told us that he was into sports since he was one year old.

Finally, we asked a not-that- important question.  The question : “If you weren’t a P.E. teacher, what would you be?”

In fact, his answer was that he would be a scientist, (like Mr. Reed) or probably a mad scientist.

In conclusion, we took the opportunity to learn more about Mr. B and his subject, and we learned a lot of interesting things about him.

P.S. Tune in to our next article in about 2 weeks.