Specials for Half a Year
by Annie S. 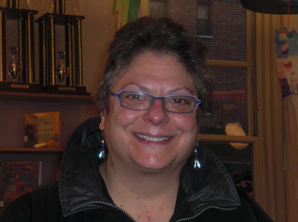 I asked Ms. Winograd what her opinion was about having art and music half a year. Ms. Winograd told me, “I prefer a whole year because once you teach the children, they forget! It’s only once a week and if you add up all of the days, it’s barely any classes!” Ms. Winograd also stated that, “since I only have them once a week, half a year, I have to fit everything in and make everything more simple.”

The next thing I wanted to know from Ms. Winograd was why we have art and music half a year. Ms. Winograd answered, “There are too many things that you have to do.” Ms. Winograd also stated, “It is a requirement that fourth and fifth grade has science twice a week so music and art just has to fit in half a year.”

The last thing I wanted to know from Ms. Winograd was if she was doing anything to expose students to more music.  Ms. Winograd told me, “Well I do sidewalk singers on Thursday but I would like to do more except I can’t because I need the auditorium but there are other afterschool workshop programs.” Ms. Winograd also said, ”There is just not enough space for all of the afterschool programs plus my program.”

In conclusion, I think that we shouldn’t have specials only half a year because you are exposed to music and art only a little bit each year and music and art are very important.