Is This a Good School Bus Company?
by Annie S. 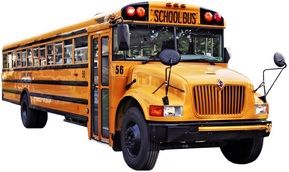 Have you ever wondered what goes on with the P.S.6 school bus? If you were wondering, I’m going to tell you now. I have had an experience that I’m going to share with you. I have interviewed Mrs. Galasso and she has a strong opinion about the bus too.

I also interviewed Mrs. Galasso and she gave me her own opinion also. She can rely on the bus most of the time. “They always do everything, it just takes them a long time.” Mrs. Galasso said. Mrs. Galasso also explained, “Most days I’m not waiting late so most days I’m happy with the school bus.” The main concern is they leave and come on time and don’t do anything bad. Mrs. Galasso has a favorable opinion about the bus company.