The Unfairest of them All
by Layla A. 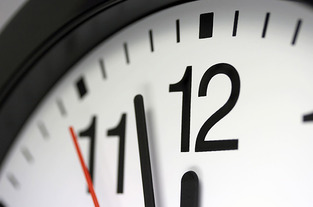 The clocks are wrong, so students wouldn’t know how much more time until a favorite special, subject, or lunch. In particular, Ariel Bessinger said, there’s lots of commotion saying, ‘’It’s lunch time!’’ “No it’s not! It’s the wrong time!’’ Also, I personally love Social Studies, but when I look at the schedule, it has a different time than the clock, so I don’t know if it’s time for Social Studies. This proves, the clocks bother people, because the clocks don’t have the right time.

Teachers are mad that the clocks are wrong, too. They’re mad because if they want to know how much more time until their next class or lesson, they wouldn’t know because the clocks are wrong. Namely, Ms. Bader said, “ It’s ridiculous that the Department of Education can’t fix CLOCKS!!!!!!!!! It’s very important to fix the school clocks, to have the right time in each classroom. The teachers aren’t allowed to have their phones on, so they can’t check the time on their phones.” Moreover, Ms. Winograd said she hates it. This shows, the clocks are bothering the teachers because they are wrong.

Most importantly, the clocks were wrong before and during the ELA and Math State Tests. This is bad, because if students wanted to know how much time they had left during a practice test, they wouldn’t know, and that won’t be preparing them for the real test. Furthermore, on the day of the real test, the clocks were wrong, and the tests count for middle school, and if you want to get into a good middle school, your test results have to be good, but students’ test results can’t be good if they don’t know how much time they have left.