The 5th Grade Trip to Philadelphia
by Andrew Z. 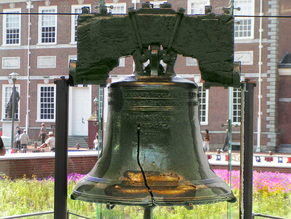 In 5th grade, students go to Philadelphia to emphasize the Social Studies unit about the Constitution.  I just recently went on this tour and it was brilliant. I learned a lot and I hope that future 5th graders get to experience this like I did. Let’s see what other kids think about the trip that they participated in or will participate in in the future.

We interviewed Ellen in class 4-327. She has heard about the trip and is looking forward to it but she thinks that because people are away from home longer than a regular school day, she thinks that some people could get home sick. I told her that the trip was not an overnight but she still said that some people might get homesick. I did not but that was probably because my dad came. I do not know other people who got homesick either. Maybe more bus sick than homesick. I also asked her if she thought that it would help with the study of social studies. She said she though that if the study was on history she thought that it would help with the study. I know I learned a lot of valuable information.

We interviewed Noah G, a 5th grader. Noah said that he only liked the Philadelphia trip a little. He thinks that he did not learn a lot. He also thought that the tour guides did not give enough information. He also thinks that there was not enough time to look at each landmark. He said it seemed like “only 30 seconds for each stop.” I highly disagree and I know that my dad and I both learned a lot. Maybe he got a bad tour guide. Maybe I got a good one. We’ll see what other people think.

We interviewed Ms. Bader and although she has never been on the trip she has heard great things about it. Teachers and students have told her about the great experiences that they had during their trip. She thinks that it not only emphasizes social studies but is also a great bonding experience for students. She also thinks that it is nice that students are able to go on this trip at their last year in PS6. This is what they will remember, she says.

William D said, “I liked how we got to see these places and see primary source artifacts such as Independence Hall or the Liberty Bell and the crack in it.” I agree and think that it was cool to see artifacts such as Independence Hall. However, I did not believe that we saw enough of the Liberty Bell. I think that next time future students should be taken to get a closer view of the Bell. And even if this requires making lunch five minutes later I think the students could survive.

All in all it seems like Philadelphia is a trip that should be kept at P.S.6. It seems like people don’t mind taking longer than the school day to see artifacts. I loved the trip and I think that the worst thing about it was having to wake up at such an early time. I say keep Philadelphia in 5th grader’s curriculum.