No More Computer Class for 4th and 5th Graders
by David P. and Wills F.

Have you ever wondered why fourth and fifth grade computers ended?  Some people think that this was the move of the century.  Others disagree. This article will present you with all of the information about this decision, with interviews and opinions.  The story may surprise you and this article might just change your opinion on computers ending. Is this fair?  Join us as we go behind the scenes to figure out the answers to these questions.

It all started out when Ms. Bader decided she didn’t want to be a computer teacher.  She told Mrs. Santucci about her preference.  Everyone knows that Ms. Bader is an awesome librarian so Ms. Santucci, Ms.Fontana, and the PTA office decided to grant her wishes.  That is how media started.

There are 5 school days in a week.  That isn’t so much time to teach six grades.  Ms. Fontana has hired a lot of awesome teachers so she didn’t have enough money on her budget to hire another computer teacher.  Basically, this meant that there would be no more computers for two grades.  Those two grades: fourth and fifth grade.

Our first opinion about this change was Wills Foulke from 4-321, one of the writers of this article.  “I think it wasn’t fair for P.S.6 to end computers for those who enjoyed it.”  Of course, that is before he knew the whole story.  “P.S.6 can’t just take away computers with no warning.”  After Wills knew the whole story he thought differently of his first quote saying that if Ms. Bader didn’t want it, it would be fine with him.

Our next opinion was Peter from 5-301.  “Mr. Silverstein was a great teacher and I wasn’t so happy when I heard that we didn’t get to have him or computers anymore.  It may seem like a bad decision but really P.S.6 had no choice.

One person that liked the choice was Mrs. Bader.  “I’m a librarian not a computer teacher” she quoted.  “Once I knew that it wouldn’t make Mrs. Bader happy if computers went on I thought it was okay how it ended” Wills later quoted.  Peter still wasn’t so happy about the decision.

Our next opinion was William Das from 5-305.

“ I’m very frustrated that computers ended. I liked computers very much because we did get to play some games and in addition, we also learned a lot about computers. Whereas, in media, we do use computers, I liked computers when we could do it as a separate special.”  Some kids thought like this but other people such as the teacher of the class Ms. Bader thought that the media class would basically be the same.  If anyone knows if the subjects would be similar it would be the teacher!

Another person who thought that the media curriculum would be the same as the computer curriculum was Rachael Roizer from class 4-328.  “We’ll be using computers anyway, and not all of it is just for research!” Rachael proclaimed.  This shows that not everyone thought it would be totally different.

As a result, some things about the two classes are the same and some are different.  What do you think?  If you thought it wasn’t fair before you read the article, now you know why it is fair.  Now you know both sides of why computers ended. 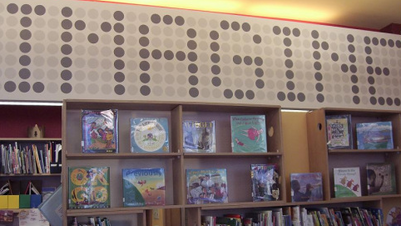